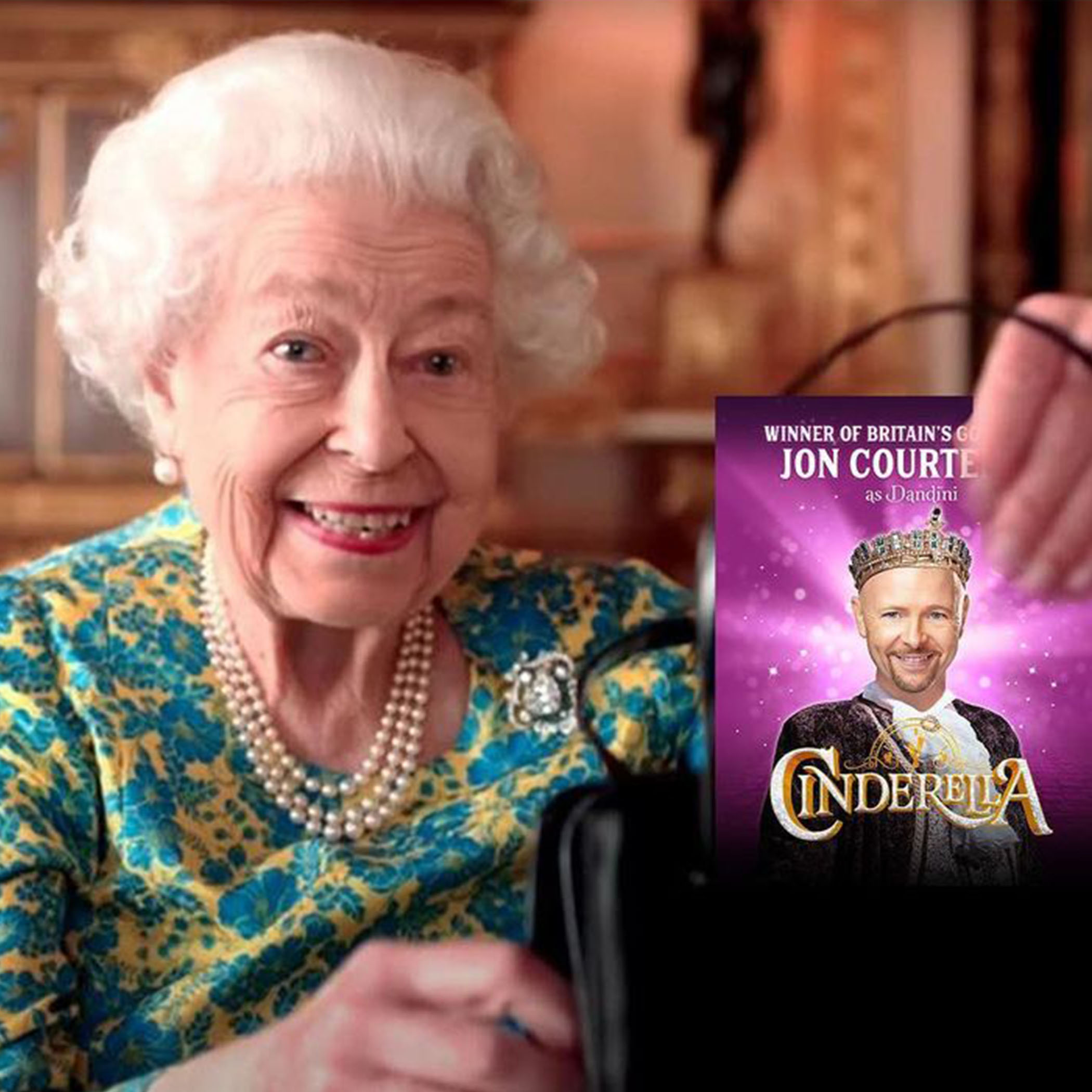 The greatest fairytale of them all will entertain family audiences at St Helens Theatre Royal this Christmas – and today producers have announced that Britain’s Got Talent 2020 winner Jon Courtenay will appear as Dandini in the spellbinding seasonal spectacular, following his appearance on the show on Friday night.

The theatre’s Christmas pantomimes have become a real highlight of the festive season year after year, and this sparkling production of Cinderella will be no exception.

The pantomime will run at St Helens Theatre Royal from Saturday 3 December 2022 to Sunday 8 January 2023. Tickets are on sale now.

Jon Courtenay, who will take on the role of Prince Charming’s right-hand man Dandini, is a comedian and musician who stunned Britain’s Got Talent judges and audiences alike to take the 2020 crown.

He was awarded the Golden Buzzer by Ant and Dec, going on to become the Judges’ Choice in the semi-finals and then winning the entire competition – the first Golden Buzzer act to take the title.

But Jon was a powerhouse live performer for 20 years before his Britain’s Got Talent triumph, with his popular one-man show incorporating comedy, songs, piano and even comedy magic.

Since he became BGT champion in 2020 he has appeared on the Royal Variety Show, Britain’s Got Talent Christmas Special, This Morning, Lorraine and the Michael Ball Show on Radio 2 among others – often performing his witty but touching original songs. And he also composed and performed the opening song for This Morning’s Pantomime.

Meanwhile he has recently completed his first UK tour and is set to take his new one-man play, Against The Odds, to the Edinburgh Fringe this summer.

Jon Courtenay says: “I can’t wait to get on stage this Christmas and entertain St Helens audiences.

“This is only my second pantomime – 21 years ago I appeared in my first Cinderella, although on that occasion I played an Ugly Sister. So I’m looking forward to being cheered instead of booed this time!

“Panto is part of the British DNA, and it’s often children’s first experience of live theatre. It encapsulates all the things I love – music, comedy, escapism and pure, joyful entertainment, so I know it’s going to be a brilliant festive season.”

The rest of the all-star cast will be announced soon.

The magical show from Regal Entertainments Ltd promises a spectacular sprinkling of fairy dust as its heroine battles her two horrible stepsisters to go to the ball and meet her handsome prince. But as the clock chimes midnight, who can make sure true love does conquer all?

Audiences can expect high production values, stunning and colourful costumes, brilliant sets and a fantastic selection of chart hits to sing and dance along to.

Theatre Manager Chantelle Nolan says: “Our pantomimes have become one of the real highlights of Christmas for many people.

“After the challenges of the past two years, we’ve been delighted that our audiences have flocked back to the Theatre Royal in huge numbers to enjoy not only our festive family shows but also our Easter and autumn pantomimes too.

“Cinderella remains the greatest fairytale of them all of course. And we’re also absolutely delighted to welcome Jon to the St Helens panto family – he’s an incredible talent and I know he’s going to make a fantastic Dandini this December.”

Cinderella will run at St Helens Theatre Royal from Saturday 3 December 2022 to Sunday 8 January 2023. Tickets are on sale now starting from £18.