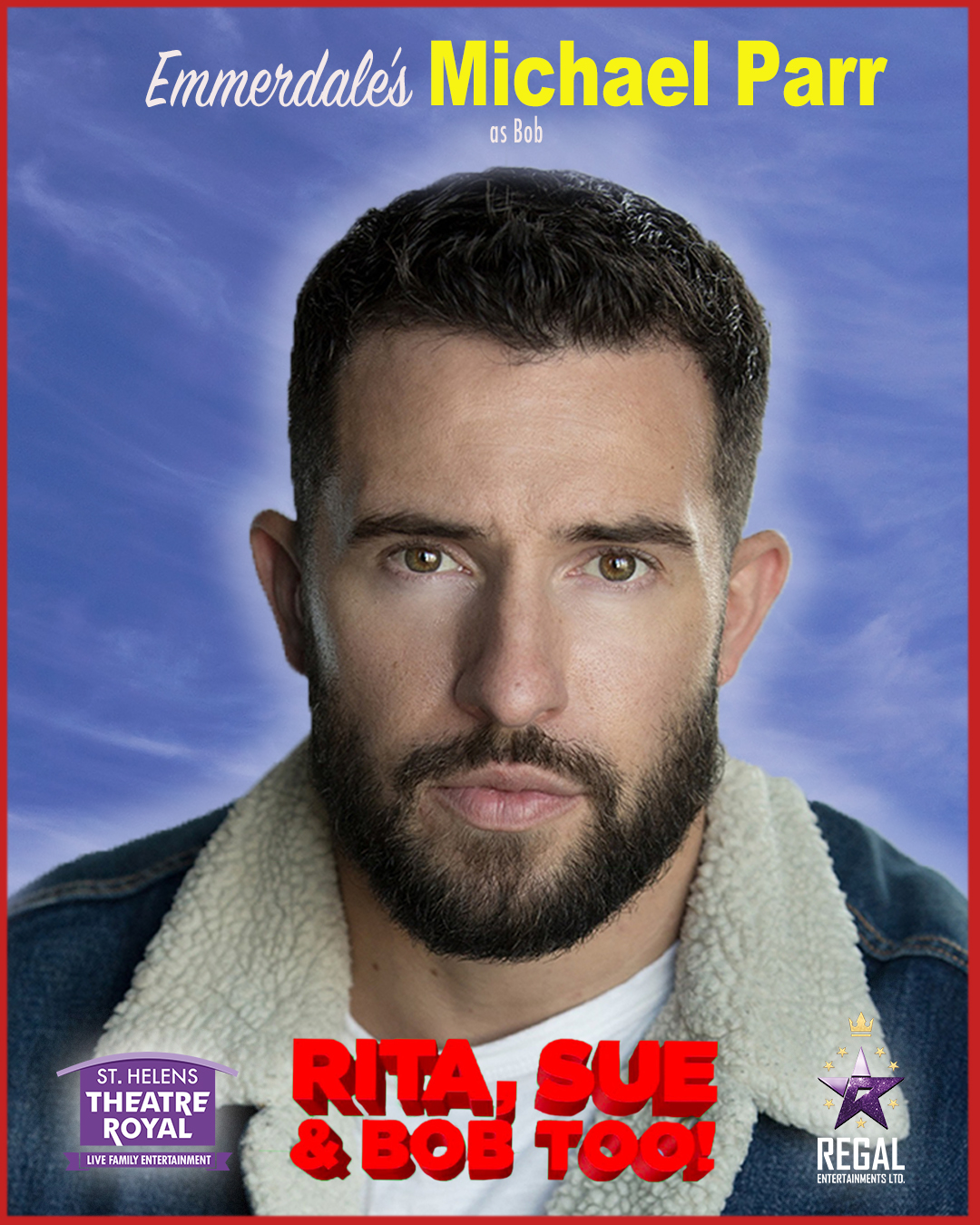 St Helens-born actor Michael Parr – best known for his role as an Emmerdale bad boy – is returning to his hometown this Autumn to star in raucous comedy Rita, Sue & Bob Too!

It’s not just a return to his hometown, he will also revisit St Helens Theatre Royal to perform – Michael last appeared at the town centre venue when he appeared in Willy Russell’s iconic stage production Blood Brothers in 2005.

Rita, Sue & Bob Too! will run at St Helens Theatre Royal between Tuesday 8 November and Sunday 13 November 2022. Tickets are on sale now from £18. The show is suitable for over 18s only.

The hilarious comedy by Andrea Dunbar is based on the 1987 British film, and features a brilliantly funny script, impressive cast, and is bursting with all the best 80s music, taking audiences on a hilarious trip down memory lane through this cult classic.

Michael will play the role of Bob. He will be joined by a fantastic cast including comedians Crissy Rock as Mother and Duggie Brownas Dad; and St Helens favourites Tori Hargreaves as Michelle; Olivia Sloyan as Sue; and Kay Nicholson as Rita.

Crissy, Duggie, and Olivia reprise their roles of Mother, Dad, and Sue after appearing in the 2016 production of the show.

Rita, Sue & Bob Too! is a comedy, telling the gritty tale of love, lust, and the ultimate test of friendship.

Rita and Sue are two working class girls from a run-down council estate who are about to finish their final year at school. In their spare time, they earn money babysitting for married couple Bob and Michelle.

Behind Michelle’s back, Bob embarks on an affair with both Rita and Sue, who take it in turns with him in his car in the countryside. Michelle eventually finds out and leaves lothario Bob. When Bob later develops a preference for Rita, the two girls fall out but when Sue ends up in an abusive relationship, the trio are reunited.

After beginning his performing career aged 14, Michael was cast as Amahl in Amahl And The Night Visitors – and has since worked extensively across stage and screen in plays, musicals, TV, and feature films. He is best known for his award-winning portrayal of village bad boy and thug Ross Barton in ITV’s Emmerdale – a role which Michael maintains couldn’t be further from his own real-life personality.

Michael is delighted to be performing in his hometown and returning to St Helens Theatre Royal, having last performed there in 2005 as Mickey in Willy Russell’s Blood Brothers.

Michael commented: “St Helens Theatre Royal is where it all began for me really – this is where I realised that I wanted to be a professional actor. Being back here, it really does feel like things have come full circle, it’s a wonderful feeling. I can only hope that I can inspire someone the way I was all those years ago.”

Rita, Sue & Bob Too! is brought to the stage by Regal Entertainments Ltd and directed by Chantelle Nolan, who is also Theatre Manager of St Helens Theatre Royal.

Director and Theatre Manager Chantelle Nolan added: “This is a very exciting announcement for us – both the return of one of our most popular comedy productions, and for homegrown talent Michael Parr, who last performed on the St Helens Theatre Royal stage 17 years ago when he was just embarking on his successful acting career. He has since gone on to establish himself as a very accomplished and award-winning actor. I am sure that audiences will give Michael and our fantastic cast a very warm St Helens welcome.” 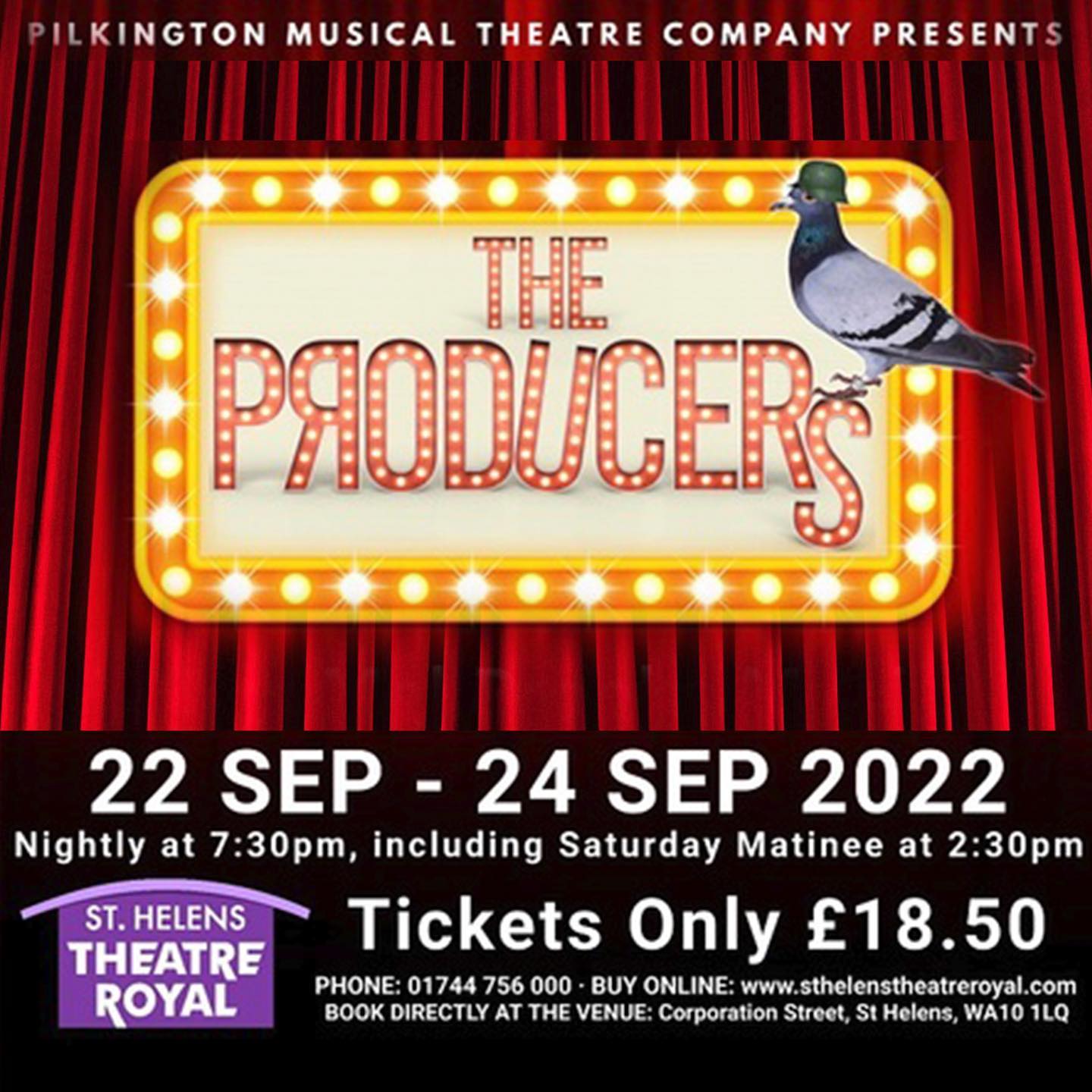